Deduction of payments to undefined recipients 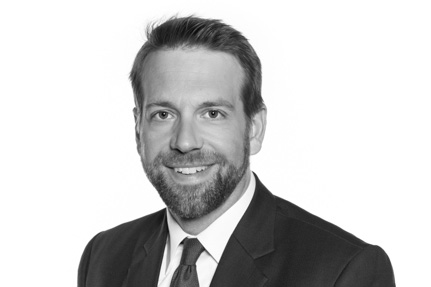 Increasingly, tax authorities are refusing the deduction of business expenses on the grounds that the disclosed recipient is, according to their opinion, a sham company. In this context, the term "sham company" is interpreted very broadly. The article highlights the risks and possible arguments against the background of recent case law (VwGH 3.12.2021, Ra 2019/13/0074).

"Recipient" of the payments

However, it is not sufficient to name any recipient. According to the case law of the Administrative Court, "[t]he mere naming of a false or arbitrary person, or the naming of a non-existent limited liability company, [...] cannot prevent the mandatory refusal to recognise the expenses". The same applies "[...] to the naming of a company in a tax haven or a letterbox company, which is a company that has no business operations and therefore cannot provide any service" (cf. VwGH 18.10.2017, Ra 2015/13/0054; cf. also VwGH 17.11.2005, 2001/13/0247).

However, the provision does not provide a general remedy for the tax authority to deny the deduction of expenses that are not properly taxed by the recipient.

An enterprise is to be classified as a "sham company" within the meaning of Sec 162 BAO if this enterprise has not actually rendered any consideration to the paying enterprise. A distinction must be made between two variants in which the payee has not rendered any service:

The first variant is that no service was rendered to the taxpayer at all. This group of cases includes those in which the taxpayer transfers an amount to a sham company and, as a rule, a certain amount or the entire amount flows back into his sphere.

whereby the untraceability and unfamiliarity of the persons at the addresses appearing in the invoice was usually the most important criterion. It is not necessary, however, for the taxpayer to specify the exact circumstances of getting to know or contacting the recipient of the payments (BFG 18.6.2018, RV/7103208/2013).

If these criteria are not met, the company is not a sham company. Whether the recipient has properly taxed the payments received is therefore not the only decisive criterion.

The Supreme Administrative Court (VwGH) rejected a blanket and unfounded allegation that an actually existing limited liability company was not the recipient of the payments: if it is undoubtedly a legally existing limited liability company, the allegation that it is not the recipient and that the payments were forwarded is not substantiated in the absence of further findings (cf. VwGH 18.10.2017, Ra 2015/13/0054).

If a subcontractor is a - legally existing - limited liability company, the findings that "no evidence of actual business activity could be found at a large number of the addresses provided" and the reference to the fact that "there are regular discrepancies between the sample signatures and the signatures provided to the (appellant)" do not demonstrate that the said subcontractor qualifies as a "sham company" (mere combination of an address for service with a company name) (see VwGH 18.10.2017, Ra 2015/13/0054; cf. also VwGH 19.12.2007, 2005/13/0030).

However, even if the payee is a sham company, the amounts can still be deducted under certain conditions according to case law:

In its decision of 13.11.2019, Ra 2018/13/0107, the Supreme Administrative Court stated that general statements by the BFG that the construction industry is a high-risk industry in which increased diligence is to be applied when entering into business relationships cannot replace findings on the relevant practices in the construction industry (see Administrative Court 13.11.2019, Ra 2018/13/0107).

In another decision, the VwGH stated that it is the task of the tax authority to conduct investigations into the question of whether and to what extent it was customary in the construction industry - and indeed in the period under consideration- to check by visiting the business premises whether the respective subcontractor actually had its registered office at the address listed in the commercial register (cf. VwGH 17.11.2020, Ra 2020/13/0064).

In its decision of 27.11.2020, Ra 2018/13/0059, the VwGH emphasised that the tax authority must sufficiently substantiate the breach of due diligence obligations by the taxpayer (cf.)

Tax authorities often try to deny the deductibility of expenses by making a blanket claim that the recipient is a sham company. However, such a blanket claim is not permissible in the case of a company that has actually performed the service, even if this company employs undeclared workers or does not pay other taxes. Moreover, even if the payee is a sham company, the payments to this company are tax deductible if the taxpayer can prove compliance with the due diligence obligations customary in the industry with regard to the "know you supplier" principle. We therefore recommend documenting compliance with these due diligence obligations and will be happy to advise you on this.